I show you how secret a Numbered Swiss Bank Account is today and how secret it was some years ago. I show you the transactions you should absolutely avoid to keep your money secret. Is it possible today to hide the identity of the ultimate beneficial owner of a numbered Swiss bank account? Are numbered accounts anonymous? I tell you exactly when it makes sense to open a numbered bank account.

Everybody knows numbered Swiss bank accounts from Hollywood movies. Numbered bank accounts are also known as Goldfinger-Accounts. Numbered accounts have been used to hide the proceeds of criminal activities such as corrupt politicians from all over the world hiding money embezzled from their own citizens, drug money or fraudulent market manipulation and much more.

[Until the 90’ numbered Swiss bank accounts were fully anonymous.]
That means that a lawyer opened a bank account for his client without disclosing the identity of his client, the so called ultimate beneficial owner. The Swiss bank was not aware of the identity of the ultimate beneficial owner. The bank secrecy was very strong in the 90’. At that time, a Swiss company with anonymous bearer shares in combination with an anonymous bank account has been the perfect bullet-proof structure to hide money for criminals. If you are interested in more financial insider know-how, click on the subscribe button now to not miss important updates. 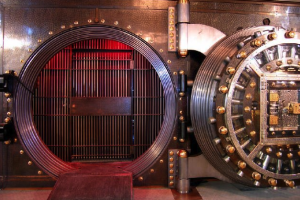 While it is controversial how complicit Swiss banks were in connection with such activities, they have cooperated with foreign governments to return the illicit funds to the respective governments. The most common use or misuse of numbered accounts occurs with tax evasion. The Automatic Exchange of Information dictated to Switzerland by the OECD will make tax evasion with numbered bank accounts very difficult, if not impossible.

The very severe account opening and due diligence procedures implemented with accounts controlled by politically exposed persons, so called PEP-accounts, are hindering banking activities with PEPs. Swiss banks are very suspicious and careful before they open a PEP-account. It has become very difficult to open PEP-accounts. Swiss banks are so scared to appear in the news and lose reputation that they renounce to open a relationship with a politically exposed person.

[Best Methods to using a Numbered Bank Account today]
Today, you can use numbered accounts for more mundane uses such as hiding money from spouses, ex-wife, family members, creditors and impostors. South American or Russian clients are using numbered accounts to protect themselves from kidnappers, blackmailers and other criminals extorting money in their home countries.

Still today, numbered accounts offer a certain level of anonymity guaranteed by the Swiss banking secrecy and the Swiss data-protection law. The name of the account holder does not appear on the bank statement. The name of the ultimate beneficial owner is known to your relationship manager only. Very few additional bankers may have access on a as-needed-basis only, for example the compliance officer. 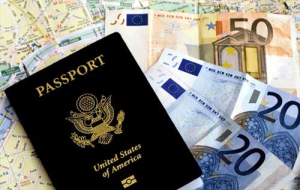 Swiss bank secrecy does not help anymore in connection with tax evasion but it still works for privacy protection and asset protection. Fully anonymous numbered accounts without disclosure obligation on the ultimate beneficial owner and the source of funds do not exist anymore. They are history.

If you want to protect your money in a secret place, pick up the phone and give me a call now on +41 44 212 44 04. Tell me your specific situation and I will propose you the most efficient and legal asset protection solution. Be rich and remain rich. Have a wonderful day.