It is close to impossible for Non-EU citizens to get a residence permit in the EU, for example to move to Switzerland, Norway or to the UK . The EU Immigration system is based on the dual system: EU citizens and Non-EU Citizens. Close to no chance for a Non-EU Citizen. However, I discovered a little-known and smart way for Non-EU nationals to move to Switzerland legally.

The smart strategy is based on the combination of the Cyprus Passport based on the Citizenship by Investment Program and the Swiss Agreements in connection with the Freedom of movement and residence. Not only the billionaire and king of aluminium Oleg Deripaska did it. 3’300 wealthy clients from Russia, the Middle East and China are more than happy. Some of them remained in Cyprus but others went to Switzerland and to the UK immediately. This video shows how you can be a Swiss or a UK resident within 3 months. Stay tuned.

Are you using the most efficient Tax Strategy for your business?
Do you take advantage of Tax Loopholes globally? Are they tax-compliant or a ticking Time Bomb?

Then you should sign up in our international Tax Strategy Letter.

Be 110% sure that your Tax Strategy will not end in prison. 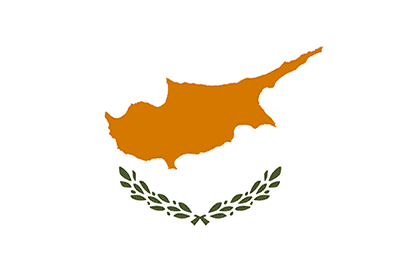 The benefits of the Cyprus Passport with the Citizenship by Investment Program are plenty. There are no other programs in the EU offering the same benefits. The application will be approved within 3 months. There are no language and no residence requirements. You can keep the current passport. You will take advantage of low taxes and free trade within the EU.

The Russian millionaires and billionaires have legalized their Swiss bank accounts, escaped and circumvented the Automatic Exchange of Information with the Russian Tax Agency based on the substitution of the Russian Federation with Cyprus. The sensitive offshore bank account information will not be disclosed to the Russian Tax Agency but to the Cyprus Tax Agency only. Cyprus will not tax the funds previously earned in Russia. The happy new passport owners are saving millions in tax payments and circumvent the heavy penalties for tax evasion.

You are entitled to live, work and study all over the EU. Cyprus is the safest country in the world with a population under 5 million. You have visa-free travel options to 163 countries. You have no physical presence requirements before and after you receiving the passport. There is no donation to the government required. You have to invest 2,5 million EUR in real estate, local companies, start-ups or governmental bonds or a mix of them in Cyprus and that’s it. After 3 years you are authorised to sell your investments.

Insider information just like this cannot be found in universities, in libraries and not on the internet. If you like this video, subscribe our YouTube Channel now. If you want to make sure not to miss our new videos hit the bell.

Some EU politicians criticised the Cyprus government for having aggressively promoted the controversial Citizenship by Investment program on-boarding criminals with corruption money. The NGO Transparency International accused the authorities in Cyprus of having created a serious security risk. Transparency International criticised Cyprus of running a secret program without disclosing numbers. The numbers have been kept secret until few months ago and until the aggressive interventions of Giorgos Perdikis from the Green Party in Cyprus asking for transparency. If you think that the Citizenship by Investment Program is controversial, fair or not fair, from the ethical standpoint, please write your arguments in the comment section.

More than 50% of the new citizens are wealthy Russians with undeclared offshore bank accounts stashed within offshore jurisdictions. The Cyprus Passport and Citizenship by Investment Program has proven to be the perfect asset protection tool to protect billions of assets from being disclosed by virtue of the Automatic Exchange of Information, the AEOI, and the Common Reporting Standard, the CRS.

If the undeclared offshore money is stashed with a Swiss bank, the Swiss bank will report to Cyprus and not to the Tax Agency of the Russian Federation. That means the end of a terrible nightmare for many wealthy and super-wealthy investors with secret offshore bank accounts. 2,5 million EUR in Cyprus real estate investments is a free lunch compared to the strong penalties for tax evasion in the country of origin. If you like this video, show it to us and give us a like, right now pushing the like button.

If you are a Non-EU Citizen and you need a EU passport with the unique competitive advantages illustrated with this video, you should give me a call today. We will prepare the filing for the residence permit and the passport program simultaneously. You really need to act fast. The EU wants to crackdown the program. If you will hesitate, it can be too late.

Opt for the same program the King of aluminium and oligarch Oleg Deripaska opted before you. Oleg Deripaska is just one among 1’700 of Russian millionaires and billionaires who have obtained the Cyprus Passport based on the application for the Cyprus Citizenship by Investment Program. That’s a battle-proved program which already attracted 3’300 happy clients.

If this video was helpful for you, don’t forget to subscribe our YouTube Channel. Click on the subscribe button below. If you want exclusive hints and strategies about international tax optimization, wealth management and asset protection based on the latest updates I only share with subscribers, sign our boutique law firm letter. Click the link below the video or visit swiss-banking-lawyers.com.

If you want to explore the benefits of a Cyprus passport in combination with a Swiss bank account with the best Swiss bank for you, just give me a call now. If you have a strict confidential question, you would like to discuss with me personally, grab your mobile phone now and dial +41 44 212 44 04. Be rich and stay rich. Have a wonderful day.