16.4 Billion Swiss Francs were frozen last year with Swiss banks. Most of it was international corruption money. That’s an all-time world record. That’s not Hollywood. That’s big scale money laundering detected inside the great Swiss banks based on millions and millions of transactions.

If you want to know from an Anti-Money-Laundering Expert like me, what is Money Laundering made by real criminals like the Sinaloa Cartel, you are watching the right video. If you want to know how money laundering works with the underground Hawala compensation scheme, watch this video until the end. Stay tuned.

Hello, I am Enzo Caputo, a Swiss banking lawyer, the owner of the boutique law firm Caputo & Partners and the founder of swiss-banking-lawyers.com, the place where successful international businesspeople find tips and solutions to protect their global assets with Swiss banks, to pay less tax and make more money with Swiss banks.

What is Money Laundering?

“Money Laundering is the process of creating the appearance that dirty money of criminal origin appears as legally earned money from a legitimate source.”

For successful money laundering, you have to eliminate all the evidence in connection with the history of dirty money.

In simple words: You need a new bio. A fabricated new economic background will create a new history of funds.

What are the Sinaloa Cartel Money Laundering Methods?

Let me give you an example: the Sinaloa Cartel is smuggling drugs from Mexico to the USA. The drug money in cash is investing it in clothes in the fashion district of Los Angeles. The US-based conspirator recruits legitimate businesses involved in the import and export of clothes between USA and Mexico.

A Mexican business sends US dollars to a company in LA involved in the export of clothes which sends back the clothes to Mexico. The clothes are paid with the funds from Mexico and the dirty cash from the US-based conspirators. The Mexican low-cost merchants sell the clothes imported from the USA in Mexico realizing profits which are pumped with drug money.

The companies pay tax creating the appearance of a genuine business. The source of funds declared to the banks is appearing legitimate. In the eyes of the bankers in Mexico, the profits are deriving from the trade-based business. Subsequently, the laundered profits are distributed to the brokers, frontmen and nominee companies controlled by the cartel bosses in Mexico. 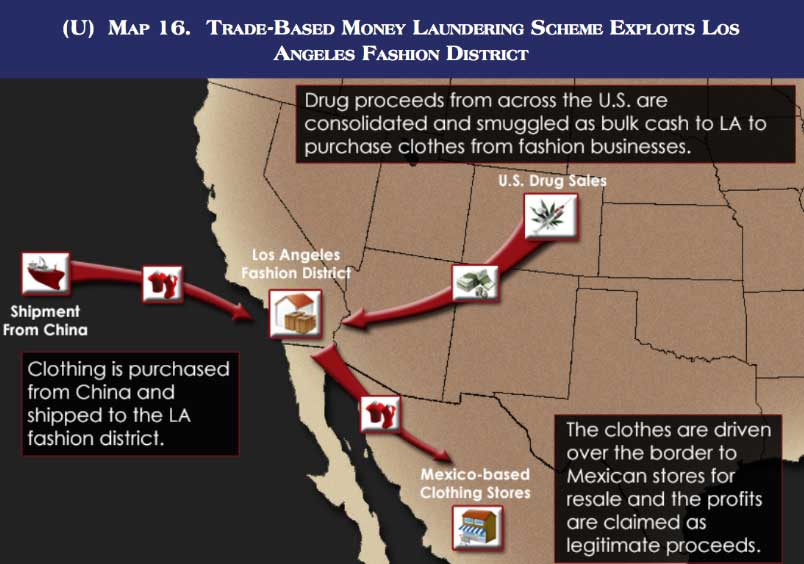 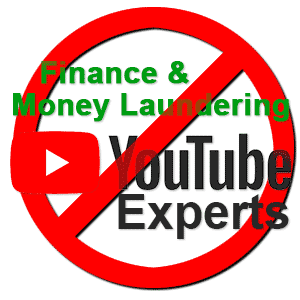 In most of the YouTube videos about money laundering, you see the criminals bringing big cash amounts in suitcases to the banks. That’s ridiculous. It will not work.

The bank will ask for documents and make a lot of questions if you bring cash to a bank. Today, it will be a big risk for a criminal to open a bank account with big amounts of cash. Nobody will do this, except in the movies and except in the video tutorials of so-called money laundering experts.

More than 20 years ago, Swiss banks in Zurich like UBS and Credit Suisse opened 50 accounts per day with cash. Accepting cash was normal and part of the daily business, 20 years ago, but not today.

Last year, more than 9’000 million Swiss francs have been seized due to money laundering with international corruption and fraud. The funds of 19 million taken in LA from the Sinaloa Cartel are peanuts compared to the 9000 million frozen by the Swiss banks last year. The mentioned example should give an idea on the astronomic dimensions of money laundering.

What is underground banking with Hawala and the Hawaladars?

Today, the Hawala system is prevalent for small amounts of cash. Mainly the Arabs, Indians and Jews used the Hawala system for moving legitimate funds across borders, time-zones and cultures within minutes. Jewish diamond dealers are using Hawala for money transfer. Today, it’s close to impossible to open a swiss bank account if you are a diamond dealer. Hawala is a very informal, simple, high-speed and confidential transfer system, based on trust and reputation of the involved brokers, the Hawaladars.

In OECD countries, Hawala is illegal even if the funds are legitimate. The Hawala brokers, the Hawaladars, are accepting third-party money without questions and having a banking license. That’s illegal. Hawala is also known as underground banking.

Many people can’t open bank accounts for various reasons but they need money transmitter services. The level of compliance for the banks is very high. Our western jurisdictions are over-regulated. If you have a passport from Iran, Afghanistan, Pakistan, Albania, Syria, Iraq, Nicaragua, Paraguay, Cuba, former Soviet Republic, the USA or an African country, it will be a mission impossible opening a bank account.

If you have a common Arab name, you are under the risk of being considered a terrorist by mistake. Since 9/11, the blacklists are increasing day by day. If you are not in a position to document your fiscal residence, or if you don’t have enough money, if you were involved in a bankruptcy procedure or any other procedure, the bank will reject your account opening application. If you are listed you will be out of business.

If you are an illegal refugee in a country in Europe and you want to send some legal money to your family, you can’t use the banking system. There are various reasons why a bank can reject your account opening request without explications. There is no constitutional right to have a bank account. All these people are forced to deal with the Hawala underground banking system.

Who is listed with World-Check has no chance to open a bank account. World-Check is the most important database for global banks. Global banks prevent money laundering based on World-Check. All individuals with a questionable past appearing in the media are listed with Word-check, including fully innocent individuals. Unfortunately, there are many innocent people listed in Word-Check. Believe me.

I have several cases pending with clients listed in World-Check as an innocent person. The de-listing procedure with World-Check is sophisticated, time-consuming and expensive. In Turkey, the Middle East and Fareast, North and East Africa, China, India but also in big cities like London, Milano, Hong Kong, Jakarta and New York the Hawala underground baking system is very efficient and very common.

Hawala is based on a compensation scheme between reliable brokers, the Hawaladars. You give British Pounds in cash to the Hawaladars in London and your business partner in Dubai will receive the corresponding amount from the Hawaladar broker in cash and local currency in Dubai, simultaneously. The Hawaladar makes a phone call and the deal is done.

Today, it’s close to impossible doing the same cash transaction using the ordinary banks. Most probably, the banks in London will not accept your British Pounds in cash. The bank in Dubai will not allow a cash pay-out for AML compliance reasons. Western Union, the most famous money transmitter, will transfer small amounts only.
If the banks continue to reject clients with cash transactions, more and more western businessmen may choose the Hawala system for international cash transactions. 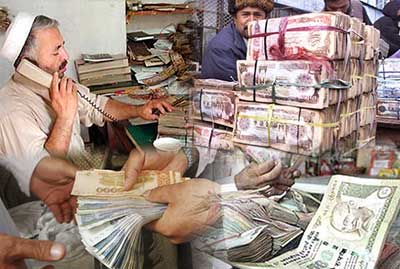 How expensive is a Hawala transaction?
The commission depends on many factors such as:

Obviously, there is no fixed pricing. The pricing depends on the Hawaladar and his compensation network.
For moderate amounts, there are no questions on the origin of funds. The Hawaladars usually offer a better exchange rate than the banks. They are very responsive, competitive and fast. Hawala is extensively used for moving illegal money from country to country, providing funds for terrorism, drug trafficking and other illicit activities.

How is money laundering with offshore companies working? 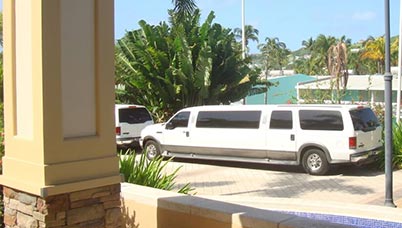 Our Team arrives in St. Kitts and Nevis

Compensation schemes are frequently used for moving corruption money of politically exposed persons. Due to the low due diligence levels some years ago, it was very easy to show fabricated agreements to the bank creating the appearance of legitimate transactions, for example, using a fabricated loan agreement. 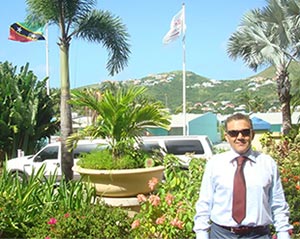 Mr. Caputo meets the Client in St. Kitts and Nevis

The global increase in the level of due diligence explains why such big amounts in billions have become suspicious. Today, it is close to impossible to open a bank account for an offshore company, if the offshore company has no substance. 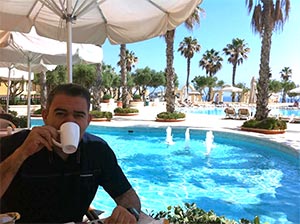 A casual meeting with our Partners in St. Kitts and Nevis

No substance means no office space and no staff. Swiss bankers have become very suspicious and nervous. They are afraid of making mistakes and losing the job. In case of doubt, they prefer to reject a transaction avoiding risks. If you do not properly collect your invoices and agreements to justify the legitimate source of funds, your account can be frozen faster as you think.

In fact, 50% of the reported funds were owned by innocent account holders.

Due to the high level of alert, some bankers are shooting from the hip freezing the bank accounts. You do not have to be a criminal to become your account frozen.

A non-precise response to a banker given in the wrong moment can freeze your money for years. Be careful when choosing the banker and the bank.

If your business demands frequent and big transactions, you should make sure to work with professionals. It will be much more convenient for you appointing a professional like me to deal with the banks. I will submit the right documents to the banks before the payment execution. If the bank rejects your transaction, we will choose another bank.

A predicate offence is a criminal offence on which money laundering is based, for example dealing with narcotics, corruption, bribery, fraud etc.. According to the Annual Report of the Money Laundering Reporting Office Switzerland of 2018 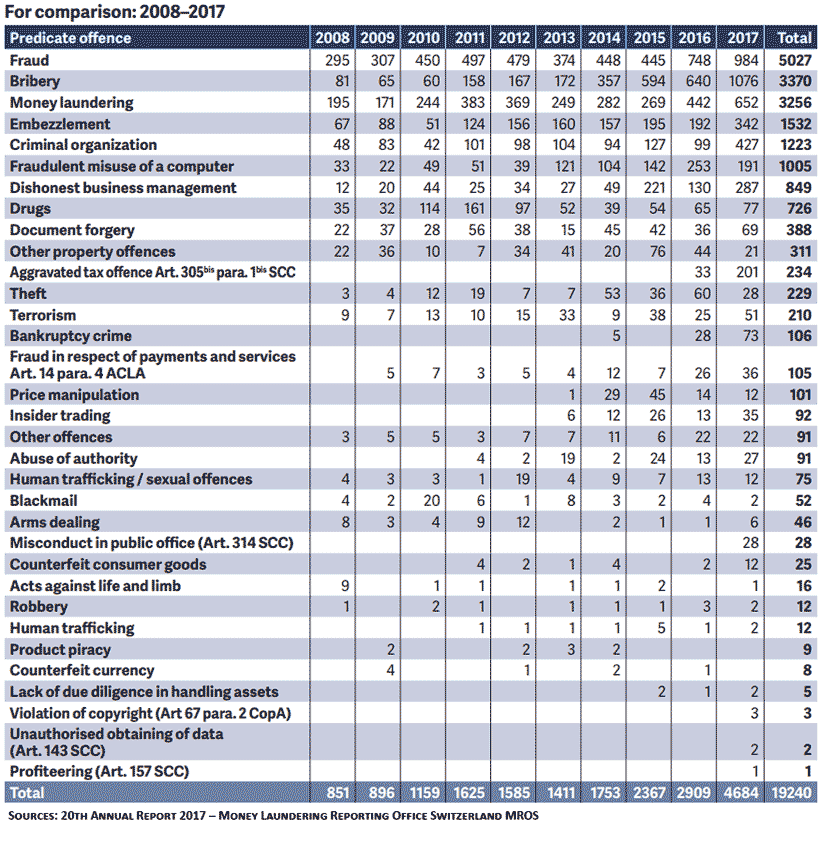 16,4 Billion Swiss francs have been frozen due to suspicious activity reports filed with the Money Laundering Reporting Office Switzerland during the last year.
If you want more information about money laundering with Swiss banks, you are gently invited to read the Annual Report.

30% of all privately held offshore money in the world is managed by the Swiss banks. In absolute figures and according to the Swiss Bankers Association 7’291 Billion Swiss Francs are managed in Switzerland. 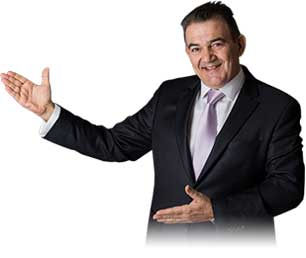 If you have a private and confidential question you would like to discuss with me grab your mobile phone now and ☎ dial +41 44 212 44 04. If your bank has a problem with your frequent payments, give me a call.

Together, we will discuss your specific situation. Most probably, we will find a more efficient bank dealing with your transactions.

Be rich and stay rich. Have a wonderful day.