Hong Kong was once a British colony when China’s Qing dynasty government was defeated in the First Opium War in 1842, when it ceded Hong Kong Island to Britain. Within 60 years, Kowloon, the New Territories and 235 Outlying Islands were also leased to Britain. In 1984, the PRC and Britain signed the Sino-British Joint Declaration on the future of Hong Kong, agreeing to hand over Hong Kong to the PRC on 1 July 1997.

Following British rule from 1842 to 1997, the PRC assumed sovereignty under the ‘one country, two systems’ principle. The Hong Kong Special Administrative Region’s constitutional document, the Basic Law, ensures that the current political situation will remain in effect for 50 years.

The rights and freedoms of people in Hong Kong are based on the impartial rule of law and an independent judiciary*. 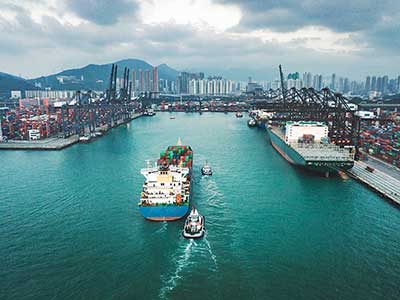 Under the principle of ‘One Country, Two Systems, Hong Kong became a SAR of the PRC on 1 July 1997*. The arrangement allows the city to enjoy a high degree of autonomy, including independent judiciary and free trade. Apart from Hong Kong there is only one other SAR: Macau.

The Basic Law ensures that Hong Kong remains within the Common law system*. The judiciary is independent from the legislative and executive branches of government, with the courts showing no bias. The Court of Final Appeal is the highest appellate court and is headed by the Chief Justice. Hong Kong has its own monetary system: the Hong Kong dollar (HK$), and its own immigration policy and public security force. China is only responsible for Hong Kong’s foreign affairs and its military defence.

The Hong Kong Basic Law functions as the constitution of Hong Kong. The Chief Executive of Hong Kong is the head of the Hong Kong SAR. He or she is elected by a broadly representative Election Committee in accordance with the Basic Law, and is appointed by the Central People’s Government.

Hong Kong has over seven million residents. English and Chinese are the offical languages of Hong Kong, while most locals speak Cantonese, which is a Chinese dialect. Although Hong Kong is a metropolitan city, the absolute majority of residents are of Chinese origin.

Being an open economy, Hong Kong has many areas of strength – level playing field for businesses, competitive tax regime, free flow of capital and information, highly efficient markets, world-class infrastructure, and a fine tradition of rule of law, etc. all being the cornerstones of the economic success.

Hong Kong is one of the most liberal economies, ranking constantly high in the Index of Economic Freedom. It is also one of the worlds more prominent financial centres, has its own stock exchange, and is home to many corporate headquarters in the Asia-Pacific region.

Hong Kong is very much a service-based economy. Trading is one of the key services provided out of Hong Kong. Due to its location, it functions as one of the gateways to China and acts as a distribution channel for products manufactured in China. Both its deep-water port and international airport play an important role in this.

Hong Kong has a credit rating of AAA or AA, depending on the rating agency.

For foreigners taking up residence in Hong Kong, there is no special tax regime available. Like other residents of Hong Kong, immigrants benefit from its territorial tax regime.

Benefits of living in Hong Kong 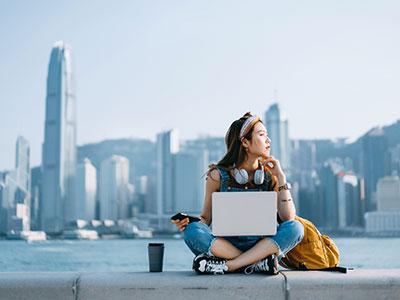 Hong Kong is a true international metropole, very much known for its impressive skyline. Although the city is densely populated, you will find that it is surrounded by several country parks offering abundant nature. Hong Kong also has some great beaches, and actually has more than 200 islands. Hong Kong boasts innumerable restaurants and bars. Food from all over Asia can be enjoyed in all neighbourhoods of the city day and night.

Public transport is well-organised, mainly through its MTR rapid transit system and numerous bus lines, and most of Hong Kong’s inhabitants, therefore, use public transport to get around the city. The Hong Kong ferry, and other independent ferry lines, also play an important role in the daily life of Hong Kong’s population.

Hong Kong has a subtropical climate, which is quite humid. Its summers are hot and humid, with average temperatures reaching well-above 30C° and regular tropical rain showers. Winters are mild. Autumn is considered the best season of the year.

The quality of the Hong Kong health system is good, contributing to the life expectancy of the population, which is currently the highest worldwide. There are both public and private hospitals, some of which are considered to be among the best in the world. Hong Kong’s educational system is internationally considered to be one of the very best. Education is provided in Chinese (Cantonese) with written Chinese and English. Hong Kong has nine universities.

Before considering relocation to Hong Kong, you should first visit the jurisdiction to familiarize yourself with it. Visitors from most jurisdictions do not need to obtain a visa before travelling to Hong Kong. It is, nevertheless, recommended to verify whether a visa is necessary in your case, and how many days you are allowed to spend in Hong Kong without one. Visitors to Hong Kong need to be able to sustain themselves during their stay (without working) and to hold return (or onward) tickets.

Taking up residence in Hong Kong

An investment as entrepreneur in Hong Kong, which would lead to obtaining a Hong Kong residency permit, is open to all who fulfil the criteria, except for Chinese residents of Mainland China and nationals from Afghanistan, Cambodia, Cuba, Laos, North Korea, Nepal and Vietnam.

The main conditions for becoming a resident of Hong Kong are

Although the application procedure for a business-related residency permit in Hong Kong is relatively straightforward, it is recommended that applicants consult a local lawyer to assist with it.

The third condition in more detail:

Upon successful completion of the application procedure, a visa/entry permit label will be issued. This should be presented to the immigration officer upon arrival in Hong Kong. After your actual relocation to Hong Kong, you will initially be allowed to stay for 24 months, based on the condition of being employed. Extension of the residency permit is possible on the condition that you still meet the eligibility criteria. Once you have ordinarily resided in Hong Kong for seven continuous years, you may apply for the right of abode.

It is not possible to obtain Hong Kong citizenship. There is also no special citizenship program. Due to the fact that Hong Kong is a SAR of the People’s Republic of China, you can in fact only apply for Chinese citizenship. As China does not allow its nationals to hold dual citizenship, you would need to renounce your existing citizenship.

As a result, most persons who relocate to Hong Kong settle for applying for permanent residency in Hong Kong (right of abode).

Leaving your home country and taking up residence in Hong Kong

Once you have established your business in Hong Kong, you have been granted the residency permit and you have actually moved to Hong Kong, you will be considered a tax resident of Hong Kong if you ordinarily reside or spend at least 180 days a year in the jurisdiction.

Although the jurisdiction is internationally not considered a tax haven, affluent families who consider relocating to Hong Kong should still make sure that they pay enough attention to how they intend to exit their current home jurisdiction. Making sure that you are really leaving your (former) home country is an essential element in any relocation strategy. This is even more important in the case of relocation to Hong Kong, due to the fact that Hong Kong has a territorial tax regime.