Hong Kong, the gateway to China, is a Special Administrative Region of the People’s Republic of China. For many Chinese and other Asian families of wealth, it is one of the preferred jurisdictions to set up a single-family office or use the services of a multi-family office.

Following British rule from 1842 to 1997, China assumed sovereignty under the ‘one country, two systems’ principle. The Hong Kong Special Administrative Region’s (HKSAR) constitutional document, the Basic Law, ensures that the current political situation will remain in effect for 50 years.

The rights and freedoms of people in Hong Kong are based on the impartial rule of law and an independent judiciary.*

As an international finance centre, Hong Kong’s independent legal system, rule of law, free flow of information and capital, and sound regulatory regime, put it in a prime position to help businesses to flourish.

The currency in Hong Kong is the Hong Kong dollar (HK$), which has been pegged to the United States dollar (US$) since 1972. The jurisdiction has, depending on the rating agency, a credit rating of AAA or AA.

Over seven million residents are living in Hong Kong. Its proximity to China, combined with being one of Asia’s most prominent financial centres, has attracted numerous single-family offices over the years. Hong Kong has its own stock exchange, one of the largest in Asia, and proximity to financial services providers such as private, commercial and investment banks, both local and global ones, is guaranteed. For years already, Hong Kong ranks high in the Index of Economic Freedom as one of the most liberal economies of the world. 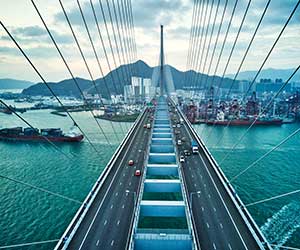 Due to its long tradition as a financial centre and its high level of education, there is the possibility for family offices to recruit well-educated and experienced staff in the jurisdiction. Furthermore, most of the international financial, legal and accounting professional firms have a presence in Hong Kong – family offices can, therefore, have easy access to top-quality professional advice.

Hong Kong has a territorial tax system with a corporate income tax rate of 16.5%. Corporate tax only needs to be paid on income sourced in Hong Kong and capital gains tax is not imposed. It does not impose a value added tax or a goods and services tax.

The legal system of the HKSAR is based on the rule of law and the independence of the judiciary. The constitutional framework for the legal system is provided by the Basic Law, enacted by the National People’s Congress of the People’s Republic of China (PRC) in accordance with Article 31 of the Constitution of the PRC. Under the principle of ‘one country, two systems’, the HKSAR legal system, which is different from that of Mainland China, is based on Common law, supplemented by statutes.

All these elements make Hong Kong a family office location to consider for wealthy families residing in Hong Kong, China or beyond. More background information about Hong Kong can be found on our dedicated page about residency in Hong Kong.

Hong Kong does not have a specific family office licence regime. This does not necessarily mean that you do not need a licence at all. As soon as your single-family office advises on investments and wealth management issues, a licence issued by the local supervisory authority, the Securities and Futures Commission (SFC) under the Securities and Futures Ordinance will be necessary. Depending on the actual financial activities performed, such as trading or advising, a different type or several types of licences will be necessary.

❝ Hong Kong is the gateway to China ❞

It is, therefore, highly advisable for affluent families to analyse their specific situation and foreseen activities upfront, in order to establish which regulations their family office will need to adhere to. 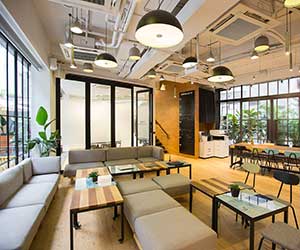 Most family offices in Hong Kong are established as a private company limited by shares. These corporate forms are easy to establish, both for existing residents and families from abroad. The process of setting up a company in Hong Kong is relatively straightforward. You may submit online Incorporation Forms, relevant identification documents and proof of address of the directors and shareholders through Hong Kong’s 24-hour Companies E-registry or submit a hard copy at the government department. It is also possible for an existing family office established in another jurisdiction to set up an office in Hong Kong by registration as a foreign company.

When such entities generate a profit in Hong Kong, which is not always the case for a family office, they are taxed with 16.5% corporate tax. Distributions made by a company in Hong Kong (or any other legal person based in the jurisdiction) are not subject to any further taxation. In this respect, it is necessary to realise that wealth-owning structures and family office structures are not automatically the same.

Due to the fact that Hong Kong is a Common law jurisdiction, trusts, for example, are used often, and foreign trusts can easily be managed out of Hong Kong without any adverse consequences, subject to the licensing regime as a Trust and Company Service Provider under the Anti-Money Laundering and Counter-Terrorist Financing Ordinance (AMLO).