Due to Monaco already being home to many ultra-wealthy families for a long time, over time it has automatically also become home to a considerable number of family offices. The Monaco government has reacted to this development by launching a regulatory framework for multi-family offices and actively supports the establishment of single-family offices.

Monaco is the second-smallest state in the world, just after Vatican City. It only measures slightly more than 2 square kilometres and has less than 40,000 residents.

Situated on the beautiful Mediterranean coast, Monaco enjoys a very pleasant climate and keeps attracting new wealthy residents every year, who relocate to the Principality in order to find security, stability and attractive tax conditions. Setting up a single-family office in Monaco can be part of a family’s relocation strategy.

The official language in Monaco is French, but English, Italian and other languages are also very common, as there are over 100 different nationalities residing in Monaco. High-tech industry, tourism (including gambling), financial services and luxury goods are Monaco’s main economic sectors. There is a considerable number of (international) private banks present in Monaco and an increasing number of single-family offices is being established in the jurisdiction.

Monaco is strongly affiliated with France, but not a part of it. There is a close cooperation/connection with France in a wide range of areas. Monaco is in a customs union with France and is dependent on France for its defence. The prudential and regulatory supervision of Monaco’s banking industry is carried out by the French financial supervisory authority*.

Although Monaco is not a member of the European Union, its official currency is the Euro and it is, through France, practically part of the Schengen area. The airport closest to Monaco is the international airport of Nice, approximately 30 kilometres away.

Monaco does not levy personal income tax (income and capital gains are fully exempted) or wealth tax. Only French nationals moving to Monaco cannot enjoy this benefit. Monaco only levies corporate tax on industrial or commercial activities in Monaco if at least 25% of their turnover results from operations that are conducted directly or indirectly outside Monaco, and it levies corporate tax on licensing activities with respect to assets such as trademarks and copyright. This means in practice that single-family offices can provide their services exempt from corporate tax**.

For many years already, Monaco and France form a customs union and Monaco has adopted the French Value Added Tax (VAT) regime with only minor amendments. VAT is levied at a rate of 20%**. 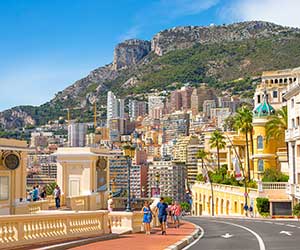 It is relatively easy for family offices to employ staff in Monaco. In practice, this does not always mean that such staff will also be living in Monaco, as apartments in Monaco are rather expensive. Although one would expect to be confronted with very high employment costs in Monaco, in fact the proximity to France and Italy provides a pool of affordable employees. Every day, thousands of employees commute from France or nearby Italy across the border to their jobs in Monaco. Contrary to France, employment laws in Monaco are extremely flexible, which means that your family office team can be easily expanded or reduced. On top of that, office space can be leased at a reasonable price.

Monaco has a strong and independent legal system. There is separation of prosecution and investigation in criminal matters, a two-tier Court structure, and avenues of appeal. Monaco acceded to the “The Hague Convention on the Recognition of Trusts”, in 2007 and the Convention came in force in 2008. As a result, your family office in Monaco can be involved in your family’s trust structures without any uncertainty in that respect.

There are two types of multi-family office licences in Monaco: one that allows you to provide wealth planning services and coordination of wealth (asset administration), and another that allows you to also coordinate the financial affairs of clients through, among other things, the instruction of orders for financial transactions. Both licences do not, however, allow you to act as an independent asset manager. In other words, a multi-family office in Monaco is not allowed to provide investment advice and execute financial transactions. As a result, Monegasque banks and asset managers are not allowed to provide family office services in Monaco.

Although there is no absolute definition of a “family” in the law, it is interpreted to cover family members who are bloodline descendants of a common ancestor including their spouses. 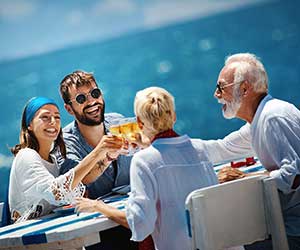 When you intend to launch a multi-family office in Monaco, you will be required to establish a Société Anonyme Monégasque (a specific corporate form in Monaco).

In most cases, the preferred corporate form used for a single-family office in Monaco would be a Société Civile Particulière (SCP) or a Société Anonyme Monégasque (SAM). There are considerable differences between these two corporate forms. It is therefore important to obtain the support and guidance of a local Monegasque law firm in the process of setting one up.

In general, the following can be stated about these two types of companies. Depending on your structure of choice, setting up your family office entity could take several weeks to several months. The SCP has by default a civil objective, the SAM can have either a commercial or a civil objective.

Companies in Monaco with a civil objective do not pay any corporate income tax. Structures with a civil objective are also not considered VAT entities. When your single-family office in the form of a SAM would have a commercial objective, it would be a VAT entity. It would then also qualify as a corporate taxpayer. As single-family offices normally do not strive to be profitable, the corporate tax to be paid could potentially be calculated on a cost-plus basis.

Depending on the legal structure of choice, a single-family office in Monaco can hold the family assets directly itself, hold underlying assets, such as business holdings and private wealth vehicles, or only monitor and control independent entities such as trusts, manage foreign real estate and bankable assets abroad and in Monaco. You will find more about what you need to consider when setting up a single-family office on our dedicated page.